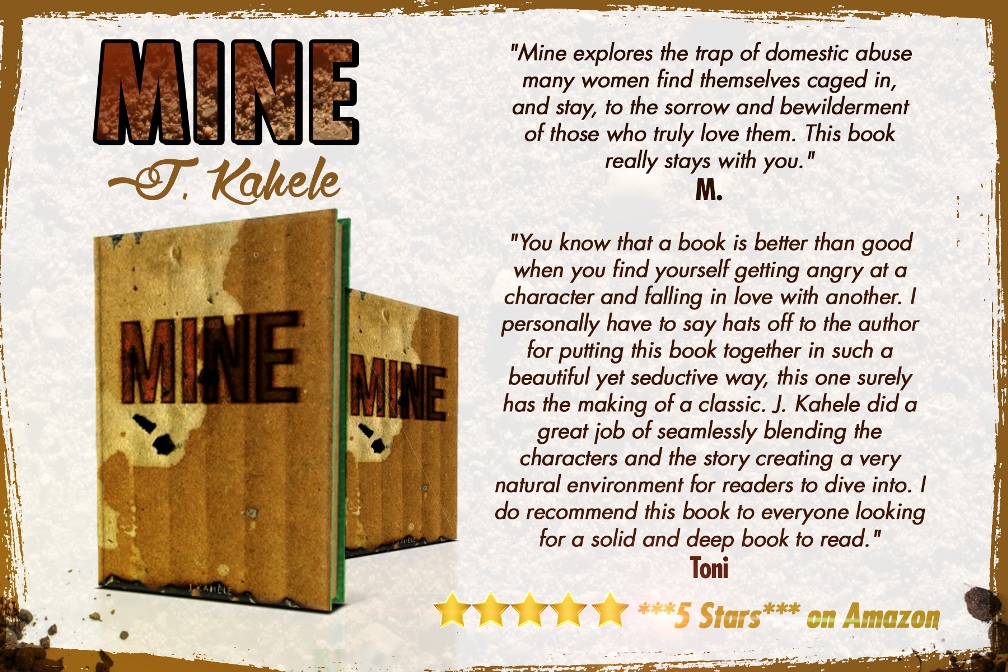 Jenna Kramer married the man of her dreams but never expected it to be the worst nightmare of her life.  As the wife of Senator Ben Kramer, her life should have been charmed, but no one knows the horrors she faces behind closed doors…until she meets Ben’s attorney, Andrew Carington and falls in love for the first time in her life. Jenna won’t leave Ben, and, Andrew won’t allow her to be hurt anymore, but their love may not be enough to thwart the danger and survive the hell that Ben would wreak on them.  MINE is the story of a woman who refuses to have her spirit broken or lose the love her life to the maniac that masquerades as her husband.  This time, she will do what she’s never done before—fight.  And win.  She and Andrew’s survival depends on it!

I knew I was going to call it Galveston, 1900 because the name would be good for internet search engines.  I was over half way through the book when I decided I would have to have a sequel and only intended to write two books as I had others I had started and wanted to finish.  I changed the name of book one several times because I wanted something unique and no more than one or two words.  It hit me in the middle of the night when I was almost finished writing book one.  Indignities was the perfect word and I searched to see it there were any other books with that name.  I found nothing.  I was already into the second book when I decided each book needed it’s own identity.  Book One, The Arrival was their first arrival and experiences in Galveston,  Book Two, of course was the aftermath of the storm and Book Three, The Atonement, was Catherine trying to atone for the sins she had committed according to the Catholic Church.  I grew up Catholic and spent my early years with the nuns in Catholicism.  I had a strong attachment to one of the nuns and a priest.  For my heroin, I used my own mother who married at the age of fourteen and was a widow at the age of twenty with three small children. My mother remarried when I was only five and my two brothers seven and nine.  My step-father was a drunkard and often took his frustrations out on my mother.She divorced him two years later.  While he was not a David Brooks by any means, for fiction to sell you need to paint an ugly picture of your villain so everyone hates him. My mother finally found her one true love and in Book Four, The Affirmation Catherine finds her.  I had not intended to write another sequel but all of my fans want to know what happens when the children grow up so I’m working on a fifth book which may or may not be the last in the sequel.   I think six books would probably be enough.

More About The Author Here

Tag Archives: Top Selling Authors Awsome, Fiction, Goodreads, Kindle Upcoming Book Tour May 26th – May 30th April 26, 2014 admin Leave a comment   Jenna Kramer married the man of her dreams but never expected it to be the worst nightmare of her life.  As the wife of Senator Ben Kramer, her life should…