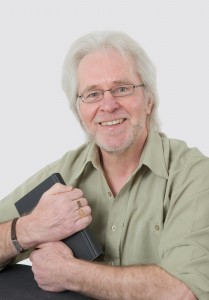 Ataxia is one of those weird conditions; even the effects cannot be fully explained, but it arrived with me slowly when I was around the age of 40. A very easy way of (partly) explaining it is: While walking, my feet will only rarely land on the exact spot my brain tell them to, therefore the brain will attempt to compensate – but how much? In which direction? For how much pressure? So the brain very often gets it wrong too. Walking would normally be in an automatic mode, but I have to concentrate… Also, one of the many side-effects is that much of my memory of my younger life has randomly disappeared and co-ordination is a thing of the past.

Now that’s done with, I’ll talk about my writing. Many years ago I read the classic ‘The Time Machine’ by H. G. Wells and sometime later the early James Hebert books, (‘The Rats’ and other gory stuff), I became hooked and thought, ‘I can do that.’ But I was busy and unfortunately it became ‘mañana thing,’ then the Ataxia arrived – forcing a stop to my work, (at the time I was a photographer) and suddenly my ‘tomorrow’ came! I tried other work before accepting early retirement. While typing from a seated position (!) it took a long time to write a book with a one fingered style of typing (the co-ordination required in typing loss was almost immediate), to explain: My left hand forefinger clicks all the digits – except one – my right hand forefinger hovers over the capitalization button, ready to pounce at a moment’s notice, like a coiled spring!

The aim in my writing was to produce a new style, featuring an everyday item having a totally unrelated result of unpredictability. My book “A Disturbance in Time” spilled out of me at an exciting rate and gives a new slant on time travel – without it being the main subject of the book. The foremost character is Elizabeth and the story is telling how her fate twists and unravels in an entirely unexpected way. All three main characters have an inner strength, but their slight vulnerability turn them from book characters to real people, adding a lot of warmth to the unpredictable story. 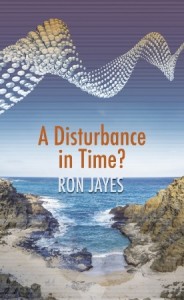 In this disturbing, exhilarating debut novel, three apparently unconnected events and places are all mysteriously bound up across time and space… In 1668, in an isolated community in the wilds of Exmoor, a poor peasant family is terrorized by a crazed witchfinder. More than three-hundred years later, the crew of HMS Leopard welcome on board two distraught young girls, the survivors of a shipwreck off the coast of East Africa. And at the beginning of the new millennium three geeky lads build an experimental computer (during their summer school holiday), and end up with much more than they bargained for. Part fantasy, part thriller, this is a powerful novel that asks profound questions about the nature of destiny and responsibility, power and love.

Tag Archives: Ron Jayes Amazon, Fantasy, Fiction, Goodreads, Kindle Author Spotlight Ron Jayes January 22, 2015adminA disturbance in time, Fantasy, fiction, Ron Jayes Leave a comment Ataxia is one of those weird conditions; even the effects cannot be fully explained, but it arrived with me slowly when I was around the age of 40. A…