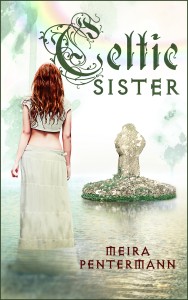 Anguish of the soul is either the lit fuse of destruction or the launching pad for personal triumph. Meira Pentermann’s novel Celtic Sister is a powerful struggle with both. Amy Richardson finds herself in an abusive marriage where a push down the stairs and subsequent miscarriage serve as the catalyst for seeking a way out. However, her road to true suffering begins soon after with a whisky bottle and a yearbook, and a nagging question of “Who is Emma Foster?” and “What happened to her?”

When Amy misses a train meant to give her an escape route from her well-connected husband, Brent Richardson, she instead finds a secret oasis in a Colorado accommodation called The Shanti Hotel run by a seemingly dictatorial but kind woman named Raksha Patel. With a few personal items and some cash stashed in a pillowcase, and her stillborn child wrapped in a green towel, Amy is given a room near the dumpster for a weekly rate.

Pentermann establishes an insightful character in Patel who is gifted with the ability to read souls. The guidance and love she offers eventually guide Amy down a path of opportunities and chance meetings that ultimately force her to confront her fears and herself taking her out of her comfort zone. Sahil (Raksha’s brother and former alcoholic) offers Amy a job in his early days of prepping the restaurant Banhi’s Grill for an opening and some often translucent words of wisdom. Sam Foster crosses her path in a restaurant where she indulges in her daily intake of alcohol, and they discover he is the brother of the enigmatic Emma Foster who left a confession of love in Brent Richardson’s yearbook and then shortly after disappeared without a trace. Both men become transforming influences in her life.

Celtic Sister sets forth a story of mystery in the tracking of clues left by Emma Foster, but on an even grander scale is the story of deep emotional struggles that touch each of us. Amy’s addiction is made real, and its pangs of familiarity remind the reader that no one needs to confront it alone as “we’re all part of it.” A deeply perceptive read for one who believes in second chances and salvation. 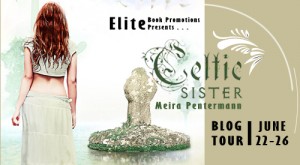 A man looking for his sister meets a woman running from her past. A notebook filled with cryptic clues leads them on an unexpected adventure.

Celtic Sister is a tender portrayal of a woman propelled on the journey of her life – both literally and spiritually. Told with a compelling mix of realism and humor, the sensitive issues of marital abuse and alcoholism are woven into an unsolved mystery. The result is a meaningful tale of courage and love. 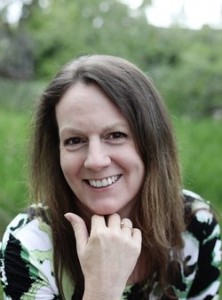 On slow, snowy days in her Colorado home, Meira Pentermann enjoys cozying up on the couch with a novel. Naturally, snow is not a requirement; neither is the couch. In fact, she sees no reason not to indulge in reading three-hundred-and-sixty-five days a year. Dystopian science fiction, mysteries, and young adult titles top her Kindle list, but legal thrillers and chik-lit make an appearance now and then.

When not absorbed in writing or reading, Meira enjoys life’s little moments with her family – the love and devotion of her black lab, the quiet wisdom of her artistic twenty-five-year-old, the trials and triumphs of her petite ninth grader, and the unlimited encouragement offered by her Dutch husband.

Meira strives to write stories that deliver the unexpected. She prefers down-to-earth characters that look and behave like regular folks. The prom queen and Adonis take a backseat to reclusive, soul-searching heroines and quirky, introverted gentlemen.

Amy rummaged through her new maternity clothing. She hoped the upcoming date night would be enjoyable. Brent had been especially moody since she had shown him the results of the pregnancy test. He even refused to share a bed with her, as if pregnancy were contagious. Already accustomed to walking on eggshells, Amy decided to choose an attractive dress and put on a little extra makeup. The nicer she looked, the more smoothly the evening would progress.

We’ll have a romantic dinner, she thought, choosing to quash the apprehension that threatened to spoil her otherwise buoyant spirit. Pregnancy had given her a sense of purpose she never before experienced. Almost halfway there. Amy patted her stomach lovingly and hummed a lullaby. My little boy. They had only learned the gender yesterday, but already she envisioned Cub Scout meetings and Little League games.

Amy slipped on a black velvet dress and peered into a mirror on the back of the closet door. The slight bulge of her stomach was elegantly covered with soft fabric. She pulled a strand of hair away from her face and examined her reflection. She needed something classier than a bobby pin. Before their honeymoon, Brent’s mother had given Amy an antique barrette with a small black flower. It would be the perfect finishing touch for her ensemble – subtle yet sophisticated.

Amy searched every corner of her jewelry drawer but found no barrette. She handled each piece before closing the drawer in frustration. Then she visually inspected the top shelf of the closet and saw a box she believed held their wedding album.

Maybe I put it in there.

She retrieved the box, placed it on the bed, and pulled the lid off in anticipation. Instead of a wedding album, Amy found one of their high school yearbooks. She flipped through the pages, wondering if it belonged to her or to Brent. A newspaper clipping fell out.

The faded newsprint included a photo of a teenager with medium-length hair and a smattering of freckles. Amy gave the article a cursory scan. According to the story, a senior at their high school had gone missing a week after graduation. The incident sounded familiar to Amy. It happened at the end of her sophomore year. She remembered the drama more than the details. Amy’s mother refused to turn on the news, and Amy didn’t socialize much that summer. By autumn, everyone seemed to have moved on and the subject had become taboo.

Amy searched through the yearbook and found Emma Foster in the senior section. An auburn-haired girl with green eyes beamed for the camera. The shade of her hair was so rich, Amy wondered if it had been dyed, but the girl’s skin coloring and eyes matched perfectly. She had a simple beauty, nothing flashy. Her senior photo – the same photo that was printed in the newspaper – was outlined with hearts. She had scrawled Love you Brent! underneath her name.

Amy dropped the yearbook on the bed and stared into space.

Although Brent and Amy graduated from the same high school, he was two years older, and they did not start dating until college. She had kept to herself, withdrawn and weary, before the magic of dorm parties and new friends brought her to life. In fact, as far as Amy was concerned, life did not begin until college. There she excelled in her studies and came out of her shell. There she could forget about her absent father and neglectful mother. There she met Brent, a temperamental fraternity boy, who brought danger and excitement into her life. Son of a prominent Colorado family, Brent exuded confidence. His world was everything Amy’s wasn’t – wealthy, connected, and stimulating.

A door slammed on the first floor. Amy shuddered and scrambled to get everything back into the box.

Brent’s footsteps thumped up the stairs.

Amy didn’t have time to return the box to its place in the closet, so she shoved it under the bed.

Brent appeared in the doorway.

“Aren’t you ready yet?” he said as he entered the master bedroom.

“Almost.” Still shaking, Amy spun in a half circle so Brent could admire the elegant dress.

He frowned. “Your belly is really starting to show.”

The author is giving away a copy of CELTIC SISTER to one winner of the Rafflecopter.