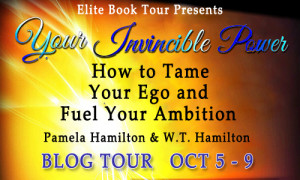 Your Invincible Power: How to Tame Your Ego and Fuel Your 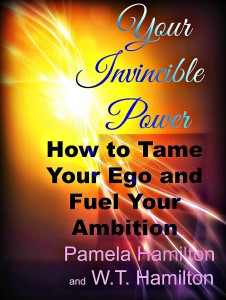 How do you like your steak? Being in charge of your life (the steak) becomes a matter of knowing the answer to this question, as well as not relenting until you get what you want. And if you are not satisfied? “Send it back!” Your Invincible Power: How to Tame Your Ego and Fuel Your Ambition by Pamela Hamilton and W. H. Hamilton provides the blueprint for not only understanding your options in life, but empowers you with the utensils to carve it up and make it taste just the way you want!

END_OF_DOCUMENT_TOKEN_TO_BE_REPLACED

The Archaeology, Art & Science of 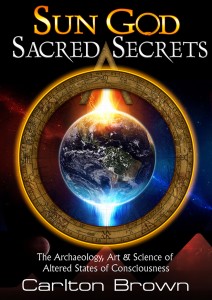 I pulled the pin! A person can only take so much crap; time to implement my hedging plan and become an author!

I was formerly the founding CEO of Immune Targeting Systems (ITS) Ltd (UK) and a driving innovator behind the company`s vaccine technology platform; enabling vaccine solutions for mutating viruses (Pandemic flu, Hepatitis-B, C & HIV/AIDS); having built the company from nothing to clinical proof of concept in five years and secured its investment/investors. At the beginning of 2012 I took a personal decision to put an end to the abusive relationship I had endured for five years. It was time to implement my exit & hedge plan; which best suited me and my contractual context. I recruited my replacement in early 2012 and at the end of March that year had a very frank discussion with someone in a position of power who frankly made me very unhappy, and I got things off my chest. This was done in the full knowledge that I would resign at the next Board meeting. That outcome of that last Board meeting permitted me to watch the summer solstice sunset the next night at the Isle of White Music festival watching the sun go down, knowing a new life chapter was about to begin. In the apparent self-destruct I implemented my risk-mitigation / hedge plan and became an author!

One week later I turned 47 (V47 degree solstice symbolism was an important sacred ritual secret discovery in my book), and knew I was going to live in Guatemala at Lake Atitlan, an important home to the ancient Mayan shamans and priesthoods, and start writing my book; Sun God Sacred Secrets! I was exalted with that decision; like at no other time in my life! If it was going to be the end of the world then I had a front row seat in good time; sitting right in front of one of the world’s largest volcano caldera lakes across from 4 huge volcano peaks! What I hadn`t counted on was going through a drowning process on the lake due to a diving accident down at 23 meters, on the very day of the autumn equinox! That drowning process took me to the beginning stage of a near-death experience; and fortunately they got me to the surface with a chest full of water, and my diaphragm nearly ripped off my rib cage! That opened a door to my inner world and kick-started this journey of spiritual and self-discovery, learning and growth which I am on right now. I started writing my book the very next day :)! The Mayan end of calendar on 21st December 2012, three months later, was my first time for accessing transcendental states of consciousness using the Ritual Meditation™ process, which I discovered from these ancient Sun god religions. In my core I know my life is being guided, and the roller coaster rides just bring me back to my life purpose! What a life so far – WOW!!! – Carlton Brown

Would you like to know humankind’s best-kept and most profound secret? This secret provides a set of access codes to humankind´s fourth state of consciousness. Consummated through sacred ritual processes, you are able to access transcendental states of consciousness, commune directly with the immanent and transcendental source of life (your god), and transform your life. This thought-provoking book, with an investigative pulse, reveals unique archaeological discoveries shared by four different Sun god religions spanning five millennia of human history. Your curiosity will be piqued and you will assuredly learn much about pyramid archaeology, and the sciences and esoteric subjects involved in humans attaining altered states of consciousness. If you meditate, pursue a spiritual path, or suffer death anxiety, and wish to experience transcendental states of consciousness to help eliminate your suffering, then you need to read this book. For those seeking objective answers to pyramid archaeology´s enigmas and their shared archaeological fingerprint, I hope you enjoy reading about it here.