Get The Book Here: http://www.amazon.com/Waves-Passion-Wild-Women-Trilogy-ebook/dp/B00GPCL934 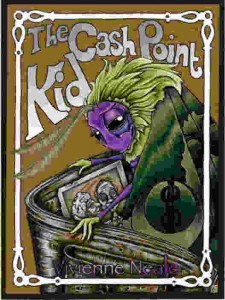 Vivienne Neale’s, The Cashpoint Kid, is a children’s book about the power and consequences of the choices we make. Can money just appear out of thin air? If it does, what do you do with it? Alex is faced with these questions when his life takes a strange and mysterious turn. He confides in his best friend Mattie to decide how to deal with his new found riches. Alex is usually the one that is mischievous and getting into trouble. However, he notices others are starting to change for the worst around him. This opens his eyes to what is most important to him. He must decide what to do about it.
This story is full of fun and valuable lessons for children. Because of the content, I would recommend it for ages 9-12.

Heather was diagnosed with High-Functioning Autism, Asperger’s Syndrome just shy of her 13th Birthday. Not long after, her mother, Tami, watched her daughter spiral out of control medically and educationally until she found an occupational therapist who explained how Heather’s Sensory Processing Disorder impacted the Autism.

Knowing that having the right support is key not only to the development of children on the Autism Spectrum, but also to the well-being of their parents, Tami began to tirelessly educate herself in the sciences of: Behavioral Health, Child Psychology, Human Anatomy, Occupational Health, Pharmacology, Therapeutic Massage and Bodywork and has been a parent advocate for her daughter since 1997.

Together mother and daughter learned from their OT how a Sensory Diet, CranioSacral Therapy , and Bio-Medical Therapies  can lead to Functioning Recovery. Tami navigated the public school environment and the medical community to get the right support for Heather, who overcame many obstacles. Tami uses this personal experience, extensive knowledge, and dedication to help others learn about and understand the medical and educational aspects of Autism, Autism Spectrum Disorders and SPD. Knowing there is no one-size-fits-all trick, Tami shares her recommendations for other parents as she tells the story of Heather’s Coming Through The Fog. 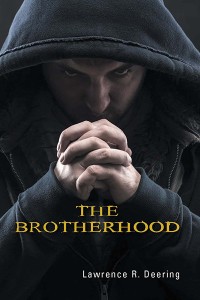 About the Author
Lawrence R. Deering spent more than 30 years as a healthcare executive. He was raised a Southern Baptist and often writes about the impact of organized religion on people’s lives. He is an avid audiophile with an extensive vinyl record collection. Many of his stories include references to the musicians and the music he loves. He is a 32nd degree Freemason and draws on the rich history and tradition of the Craft in his books. Lawrence lives with his wife Lisa in Winter Park, Florida and St. Croix, Virgin Islands.

“Aaron Davis joins his father’s ministry at seven years of age. He attracts national attention when he heals a woman of cancer. His services draw thousands of worshipers. He creates an organization with his sister Esther, called the Brotherhood of Man, that unites the major religions of the world. He brokers a treaty that ends the conflict in the Middle East and Northern Africa. He fields a powerful army to maintain the peace.

Jack Holder, a former Congressman, becomes President. The United States is under intense international pressure to join the Brotherhood of Man’s effort to create a new world order. Jack’s secret Masonic organization wants Aaron Davis eliminated. Barbara Holder, Jack’s religious wife, believes Aaron Davis is the Antichrist. The fate of the world will depend on which side Jack chooses.”