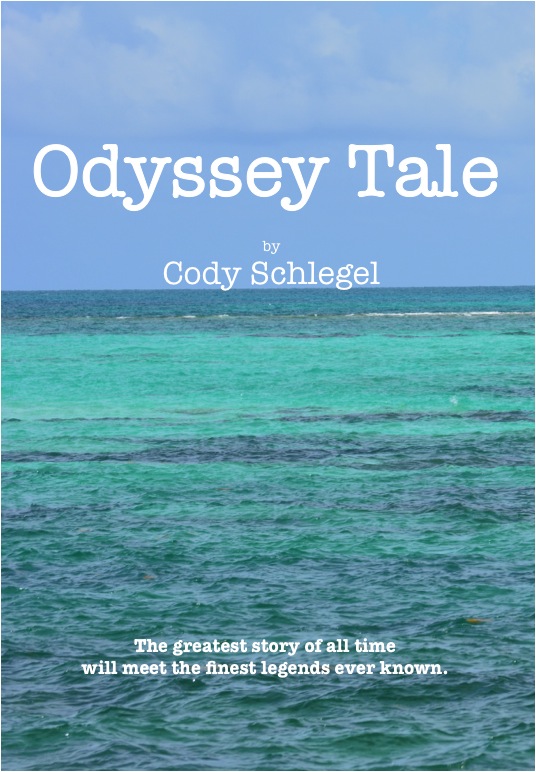 This reimagining of Homer’s ancient epic, Odyssey, revisits the story of a son seeking his missing father who is being held captive on a far away island. Join MAC as he sets sail with GENIE of the lamp, PETER PAN, and the LOST BOYS. Both Mac and his father, Otis, encounter many treacherous obstacles, from an evil SEA WITCH who must be appeased with wine, to a group of evil PIRATES (led by CAPTAIN JAMES). However, Mac and Otis also come across wonderful friends, all selflessly dedicated to helping father and son throughout their respective journeys.

Have you ever wondered how Peter Pan met Tinker Bell? Did you ever think about how Pinocchio handled becoming a real boy? Were you ever curious as to what happened to Beauty’s Beast after the spell was broken? Hang on tight and expect a wild ride. “Oh muse, sweet muse, please sing to me. Tell me the tale of an odyssey.”

Get to Know the Author 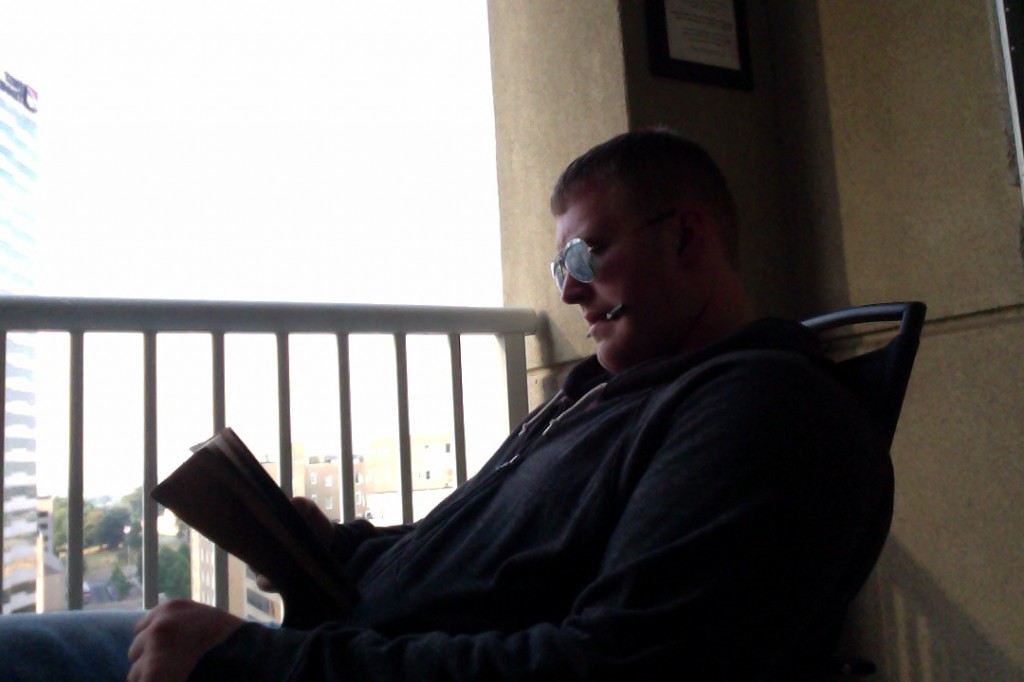 I started screenwriting when I was eighteen years old. Right around the time I turned twenty-five, I hit the skids. I couldn’t come up with anything new, and I certainly couldn’t force it. Just to spark some juice in my brain, I decided to enroll in a couple courses in a small community college, one being a Greek Mythology course. When we got about halfway through the semester and started on Homer’s Odyssey, I fell in love. There is so much happening, and so many solid life lessons within the text. It is the ultimate story of brains over brawn, and doing the right thing, and never giving up regardless of the circumstances.

The most I had ever learned about The Odyssey, prior to that, was in middle school. I can still hear Mr. Kramer. “There was a guy named Homer. He wrote The Illiad and The Odyssey. They were epic poems.” That was the extent of Mr. Kramer’s lecture on the subject.

The professor, however, was phenomenal. The story of The Odyssey is not an easy one to follow because there are a countless amount of characters. The professor explained to us that every character in The Odyssey has his or her own story. It was a lot easier for the ancient Greeks to follow because they were already familiar with most of the characters and respective stories – then it just hit me. What if I took the story of The Odyssey and replaced the existing characters with ones that a present day audience already knows? I immediately made a list of all the classic folk/fairy tale characters I could think of: Peter Pan, Mowgli, Baloo, Pinocchio, Aladdin, Genie, Beauty and the Beast, etc. It just poured into my brain like an open faucet. Before we took the final test for the course, I already had the screenplay completely finished. It took only four days to complete. From wake to sleep, writing was all I did – only occasional breaks for shrimp fried rice. After about a week of editing and re-writes, it was ninety- six pages and just littered with plot holes. Every supernatural occurrence in my version was the work of Genie of the lamp, and most of the time his motives didn’t make any sense.

It was very childish, very cartoonish, and generally not good. It just didn’t work, and on top of that, I had no one to show it to who could actually turn it into a movie, so what was the point? My best bet was winning a contest and getting exposure that way, but winning a writing contest is no easy feat. So, I just sort of shelved the project all together.

I moved on and began working on a TV series with three friends. We had a lot of fun in the writers’ room together, and they were all fans of my Odyssey idea (even though they didn’t like the screenplay). One day, one of them suggested turning it into a book and releasing it on Amazon Kindle. I had never even thought about writing a book, but I certainly liked the idea. There’s obviously a huge difference between having a screenplay buried in your closet and a book that anyone in the world can buy at the click of a mouse.

So, I dug up the screen version and started operating. The first two things I did were attack the plot holes and give it a more mature feel. Initially, I pictured my audience being kids, ages three to six, and laughing hysterically at a screen. Once I started the transition to book, I wanted a project that wouldn’t let ridiculous laughs distract from the story.

It took a couple weeks to mold it into something I was willing to share with the world, and another month to actually write it. Once it was finished, my first thought was, “This isn’t any good.” But once I read it for the first time, it was exactly how I wanted. The story’s flow is seamless, the attention to detail is right there too. Readers who are familiar with the classic folk and fairy tales can look forward to an endless array of Easter Eggs and other little tid-bits all throughout.

For me, it was all about paying tribute. Homer’s Odyssey is a classic for a reason, but not a lot of people really know the story. That was my number one goal from the start; get people to know the story. Once they do, they might relate to it more than they realized. Too often, I hear people writing off difficult subjects as “stupid,” because they don’t quite understand what it is they’re learning. This adaptation of Homer’s classic intertwined with countless legends will help its audience better grasp a truly amazing story. I think people will be pleasantly surprised at the twists, turns, and new characters along the way. It’s the perfect beach book but it also has the body of a solid campfire story. From the very start to the absolute finish, I expect the readers to have a wild ride.

My writing process is one that’s constantly changing. And I’m always seeking any advice I can from the true greats. They have done it right, so when I’m around them I keep my mouth shut and listen. Writers write and thinkers think – so write. If a story stays in your head it will remain perfect. You can’t make the proper corrections until it’s on paper.

I live in Nashville, Tennessee and the aura here is something else. I strongly believe that if you surround yourself with talent, some will rub off on you. You can just feel the talent in the air here. I’m surrounded by some of the best musicians, singers, and songwriters on this planet, and they’re playing all my favorite classic country songs (not the stuff on today’s radio).

On the right night, I can be found at Legend’s Corner, The Stage, or several other honky-tonks, listening to the opry ghosts and scribbling notes on stacks of napkins.

I released Odyssey Tale on June 13 (Friday), 2014, the day before my twenty- seventh birthday, on Amazon Kindle. It was a birthday present to myself and I’m very proud of the finished product. My next book will be a full-length novel called, Junction. It will be the first of three books that center on the everyday lives of a small time crime family in rural Ohio. It will be released November 24, 2014. – Author Cody Schlegel 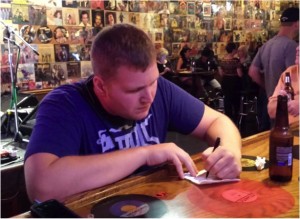 We look forward to hearing a lot more from Author Cody Schlegel in the future!

Become a Fan of Cody